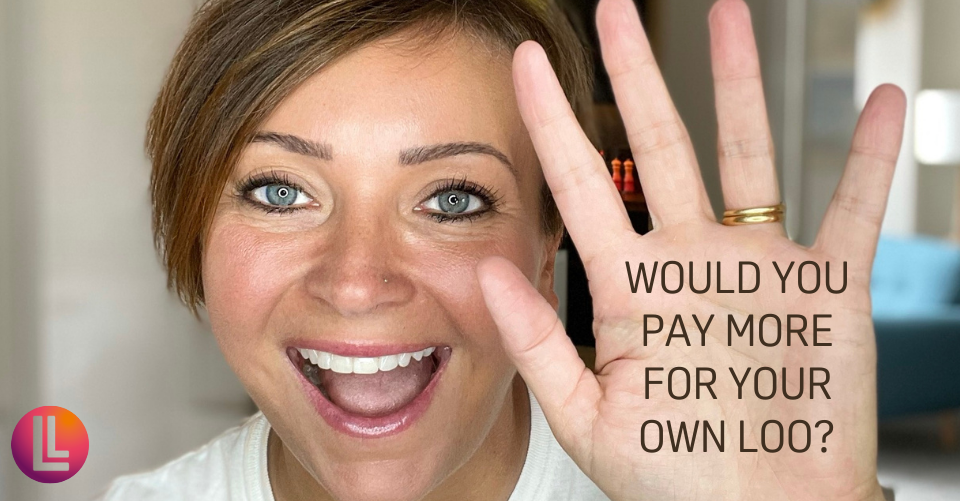 Would your customers pay more for less?

Last weekend my husband and I went to a festival. Yes, actual live music and comedy for the first time in god knows how long!

We went to this festival in 2019 and loved how safe, fun, varied, and quite frankly middle-class it was (think big Berghaus tents and 2.4 children), so were keen to go again.

Like many events however, the festival-proper was cancelled last year and this year, BUT instead of just letting the grass grow, the team at Deershed in North Yorkshire decided to run a paired-back event that would be compliant with level 3 Covid restrictions should they be reintroduced. They called it Basecamp Plus.

There were loads of bands playing, plus some really good comedy (Mark Watson was ace), but it was mostly all on one stage as the number of attendees was about a tenth of the normal crowd. There was loads of room to spread out, and even the silent disco from 11-1 every night was outdoors under the stars. (Side note: Bez DJing at a silent disco was one of my main drivers for going! It was every bit as hilariously nostalgic as you’d expect).

The main BIIIIIIG difference to a “normal” festival was the allocation of individual camping pitches that you could park your car on too.

Oh yes, that deserves to be in capital letters as anyone who has been to a festival knows.

It was actually more expensive to attend this year than in 2019, despite there being fewer acts and less to do. But, YOUR OWN TOILET made it worth ten times the price!

Feedback on Deershed’s social media posts has clearly shown that people would like a VIP option at 2022’s normal (Covid-willing) festival that allows them to park next to their tent, avoid the scrum of having to find a spot to pitch, and access to a private loo.

All this got me thinking. Are you trying to offer too much to your customers? Would your customers pay more for less, if it’s exactly the thing they want and need? Do they want their own toilet and are they prepared to pay for it?

My guess is yes. I know my customers do. They want access to me, my ideas, my solutions, and my brain. That’s about as straightforward as you can get, but it’s what they (you too, maybe!) want. And yes, they are prepared to pay for that.

So, how can you change what you offer to make it more of a VIP experience? Imagine having fewer customers but a higher income. That is NOT to be sniffed at (much like normal festival loos!).

Ready to take your business to the next level?

If that sounds like you, then come on into my world…

Once or twice a week I email out business tips and actionable guidance – in plain English! – to help you run a happy and profitable business. The emails are always relatable, and might just be the exact thing you need to hear that day to move you forward.

Want a piece of that? Pop your details below…